THE STORE IS NOW OPEN!!

Our print sale has officially begun! Click here to see the amazing photographs for sale.
Posted by Red Dot Relief at 9:10 AM No comments:

Meet the Photographers.. ROUND III 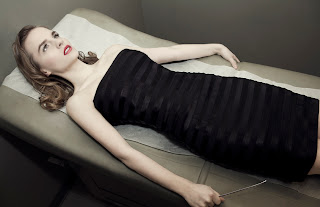 Cierra Wahlstrom
Cierra moved to New York City to pursue fashion photography and will be graduating with a BFA from Parsons School of Design this May.  Her work focuses on exploring how various women portray and embody their individual sexuality within the realm of fashion. 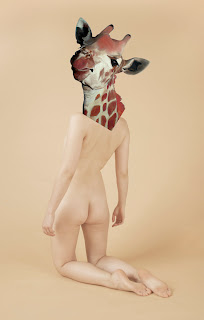 Jeanie Choi
Jeanie was born in Seattle, WA and raised in Guadalajara, Mexico.  This fall, she will be entering her senior in the BFA Photography Department at Parsons the New School for Design in New York City.Check out her blog here. 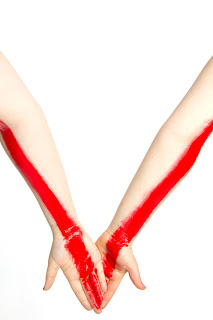 Alix Luntz
Alix H. Luntz was born in Florida and now living in New York City. Currently, she is working closely with the BoyNYC Company, an international clothing boutique, as well as creating her own work on the side. 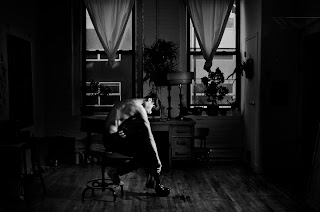 Therese + Joel have exhibited in The Georgia O'Keeffe Museum in Santa Fe, New Mexico, The Hermitage in St. Petersburg, Russie, Krasnoyarsk State Museum in Siberia, ISCP and FLOAT Gallery in New York City. Therese + Joel were selected as a part of 30 emerging photographers to watch of 2011 by Photo District News. 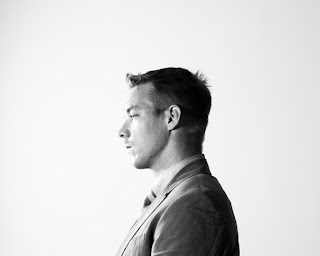 Aviva Klein
Aviva Klein is a self-taught photographer from Brooklyn, New York. Born to Russian Jewish parents, Aviva is heavily influenced by the life and cultures that intrigued her as a child growing up in Sheepshead Bay. 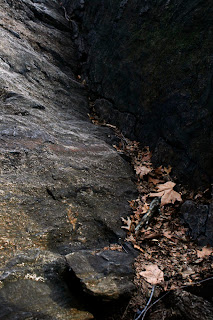 Christina Baez
Christina is currently pursuing her Bachelor of Fine Arts degree in photography from Parsons School of Design.  She currently resides in NYC. 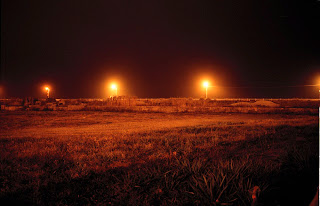 Anthoula Lelekidis
Anthoula is a photographer with a strong interest in printmaking. A native New Yorker, Anthoula uses the landscape of her home town as a means to inform her work. Anthoula's work dissects the idea of the Archetypical through the use of found imagery, specifically familial imagery. She is an avid collector or vinyl records and mixtapes. 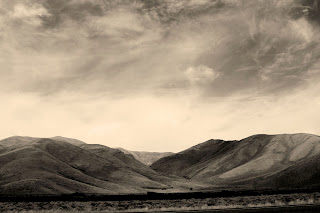 Elizabeth Jones
Elizabeth is the head of a successful portraiture and lifestyle photography studio,  El Jones Photography. Elizabeth's projects are driven by people, ideas, strategies, and she is happiest when these concepts come together through her photographs.
Posted by Red Dot Relief at 9:54 PM No comments:

Meet the Photographers Round II 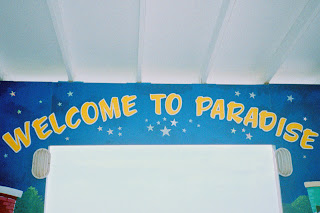 Alex Thebez
Alexander was born in 1987 in Ambon, Maluku, Indonesia. A graduate of the Vancouver Film School's Film Production program in 2008 and Foundation of Visual arts in 2007, Alex's passion for storytelling is what drives his work. Alexander is currently pursuing a BFA in photography at Parsons the New School for Design. 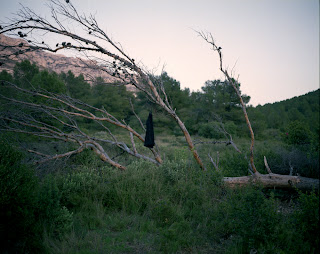 Alison Chen
Alison Chen is currently a graduate student at Parsons the New School for Design. She has an overactive imagination and misses those she cannot see.  Her work investigates the intersection of memory, myth, and the real through performance, video, and photography. 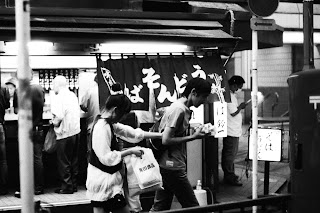 Genki Unno
Genki Unno is a Japanese Seattleite, working as a computer guru at a school in Yokohama, Japan. Moonlighting as an aspiring rogue creative, he advises high school students on artistic and creative ventures in his spare time, particularly in photography, music and graphic design. 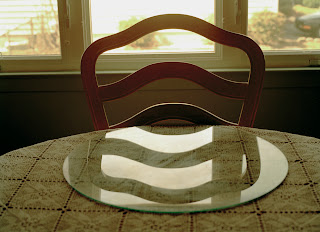 Joseph Russo
Joseph is a junior in the Photography program at Parsons the New School for Design. Hailing from the Garden State, Joe’s work addresses memories and emotional aspects tied to domestic spaces as well as the comfort, loneliness, and solemn feelings associated with home. 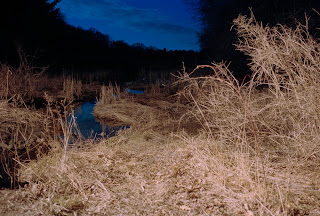 Jonny Abraham
Jonny is a... pretty cool guy. He can run really fast and his favorite animal is a snake, specifically the water moccasin. A sophomore in the photography program at Parsons the New School for Design, Jonny shoots primarily with medium format cameras, taking long exposure photographs of bodies of water and the surrounding environments.
Posted by Red Dot Relief at 1:54 PM No comments:

Meet the photographers! Round I 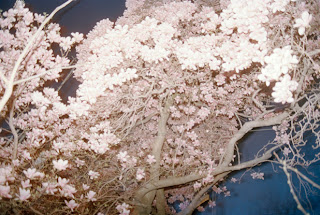 Nikol Burgos
Born and raised in Puerto Rico and a recent Parsons grad, Nikol is an avid pop culture enthusiast.  She is terribly afraid of the dark, loves cheese and absolutely adores dogs that always look like their smiling.  Her works addresses memory, beauty and nostalgia. She currently lives in the Brooklyn. 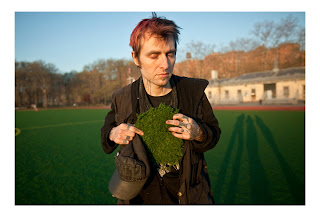 Alyssa Tanchajji
Alyssa is a senior in the photography program at Parsons The New School for Design. Her current work, which will be featured in the Senior Thesis Photography Show on view May 10-20th at Calumet Gallery, is a three year long project about her travels across the United States. While the images reflect on a personal narrative, the work also reflects the Anarchist subculture, the lifestyle, and the people it is made up of. 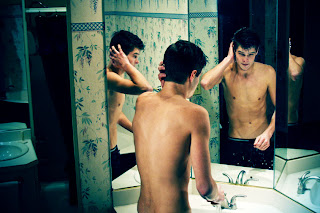 David Wang
David Wang was born in China and moved to the United States when he was 10 years old. He he will be receiving his BFA from Parsons the New School for Design this spring, with a focus on fashion photography. His work has been featured in Kenton, and on the Vogue Italia website. 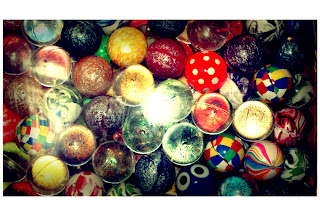 Daniel Schooler
Daniel is a freelance designer and illustrator specializing in gig posters, album art work, logos and art prints. He is currently based in north-west England. 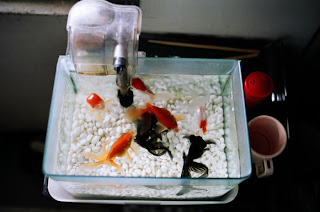 Hannah Kuo
Hannah was born in Taipei, Taiwan in 1988 and moved to Beijing, China at the age of four. She moved to New York City to attend Parsons School of Design in 2006. Now a recent graduate from the photography department with a BFA, Hannah is currently working as a studio manager in Soho as well as freelancing and residing in Brooklyn. 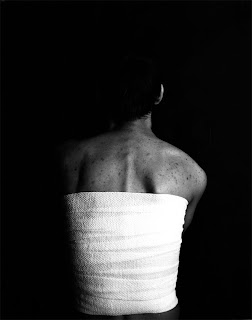 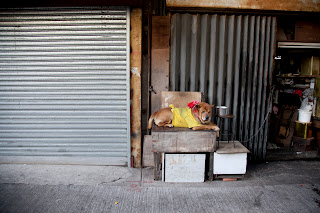 Jessica Sornson
Jessica, originally from Houston Texas, is currently a student at Savannah College of Art and Design. Since 2007, she has studied at SCAD Savannah, as well as SCAD Hong Kong and in Italy. As of this June, she will have earned her BFA with a major in Photography and minor in Drawing. While editorial and journalistic themes can be seen frequently in her work, Sornson's most recent art is predominantly conceptual and showcases an evolving style that utilizes a combination of disciplines. 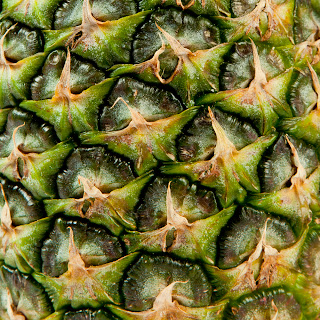 Joe Amella Jr.
Joe hails from a decent area in Long Island. No, he does not fist pump. Joe will be receiving his BFA in photography from Parsons the New School for Design this spring. Joe's obsession with food, spectacle, and a touch of eroticism is what makes his work so engaging. 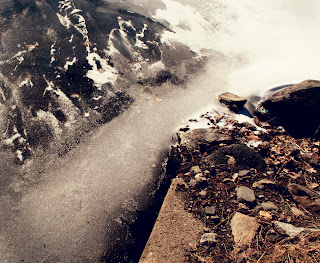 Veronica Rafael
Veronica Rafael is from Los Angeles, California. She received her BFA in photography from Parsons the New School for Design and currently lives in Brooklyn, New York.
Posted by Red Dot Relief at 12:01 PM No comments:

A dear friend/photographer/graphic artist/drinking buddy, Hannah Kuo, designed a BEAUTIFUL call for submissions posters. I encourage you to screen grab it and pass it on!! 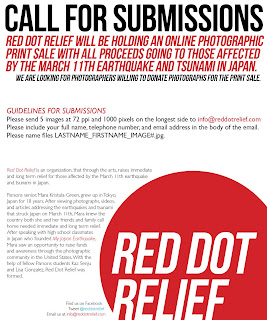 Posted by Red Dot Relief at 9:01 PM No comments:

Red Dot Relief will be holding an online photography print sale with all proceeds given to organizations that can best provide support to the affected areas. We are looking for photographers willing to donate photographs for the sale.

Guidelines for Submissions:
- Send 5 images at 72 ppi and 1000 pixels on the longest side to reddotrelief@gmail.com.
- Include your full name, telephone number, and email address in the body of the email.
- Name files LASTNAME_FIRSTNAME_IMAGE#.jpg.

For any questions regarding submissions, or if you are interest in helping Red Dot Relief, please contact us at reddotrelief@gmail.com

Thank you for your interest in Red Dot Relief and we look forward to viewing your submissions!

Red Dot Relief
Red Dot Relief, an organization, that through the arts, raises immediate and long term relief for those affected by the March 11th earthquake and tsunami in Japan. Follow us on Twitter! www.twitter.com/reddotrelief